President Donald Trump will likely wait till January to sign into law the $1.5 trillion tax plan crafted by Republicans that will change how homeowners deduct interest from their mortgages. The plan also cuts individual tax rates and creates new tax brackets, key measures touted as boosting taxpayers’ paychecks as soon as next year.

Although he wanted to unveil a new tax bill by Christmas, pundits say Trump will delay signing the bill to avoid spending cuts to popular programs, including Medicare. His waiting till next month will delay those spending cuts till 2019, giving lawmakers a whole year to intervene and stop them.

Waiting won’t delay the immediate benefits of the tax plan, such as updated tax brackets. It’s true that the new brackets could put more money in homeowners’ pockets if they’re taxed at lower levels than they are today. And more money for borrowers means there could be some reprieve for borrowers grappling with the housing industry’s persistent affordability issues.

The tax plan reaching the finish line after weeks of different versions and negotiation between lawmakers brings to fulfillment one of Trump’s biggest and most anticipated campaign promises. It contains provisions that increase the standard deduction for individual filers, expand the child tax credit, eliminate some personal exemptions and lower the corporate tax rate from 35 percent to 21 percent, the biggest drop in American history.

It also caps the amount of interest homeowners can deduct on new mortgages at $750,000, down from $1 million.

One of the most noteworthy changes is the adjustments to the federal tax brackets. The GOP kept the seven brackets intact but changed the income levels and rates at which they apply to taxpayers. That means Americans currently taxed at higher rates could be moved into brackets in which less taxes come out of their paychecks each month.

Here’s a chart showing the new brackets for married couples who file jointly:

And here’s a chart showing the brackets under the current law: 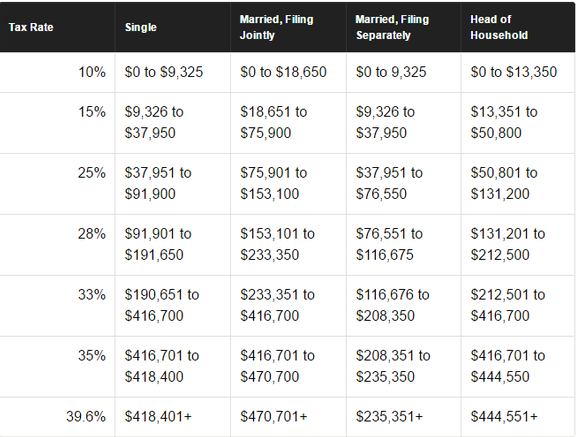 What does that mean for mortgages?

Revised tax brackets have little influence on the mortgage industry but they do affect consumers and how much extra cash is flowing in their pockets.

Overall, the plan lowers tax rates for each income level, meaning Americans’ tax bills will drop next year. How much individuals will save, though, depends on where they live, their family size, how much they earn annually and whether they itemize on their tax returns or choose the standard deduction.

There are other benefits: doubling the standard deduction will put more money in the pockets of Americans who don’t itemize on their income taxes. And a bigger child tax credit — now $2,000 per child, up from $1,000 — should ease the burden for working-class families. The bill also allows parents to receive up to $1,400 if the credit is larger than their federal income tax liability.

For hopeful borrowers, all this could translate into more cash in their paychecks, which can help them afford a down payment on a home. For current homeowners, it can help with footing the costs of monthly mortgage payments.

And while wage growth is still a prickly problem for the economy, any time borrowers are saving money, the housing industry performs well.

Use this simple calculator from the Washington Post for an estimate on whether your taxes will go up or down next year. Be aware that many of the GOP’s proposed tax cuts are not permanent and will go away by 2026. Also, the calculator is unable to adjust for unforeseen inflation.

In other industry news…

What Options Do You Have for Handling an Appraisal Gap?

Here’s how we’re handling appraisal gap issues in this market. In today’s market, buyers are facing issues when it comes to ...Read More 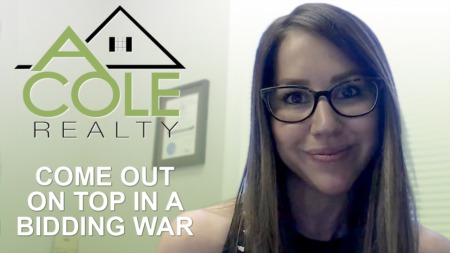 5 Tips to Help You Win in a Multiple-Offer Situation 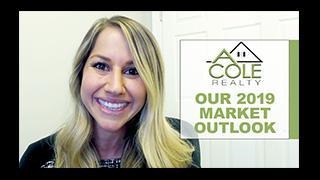 How Our Projected Market Can Benefit Both Buyers and Sellers

Today I’ll give my market projections for this year and discuss what they mean for both buyers and sellers. Get Your Home Value Search All ...Read More 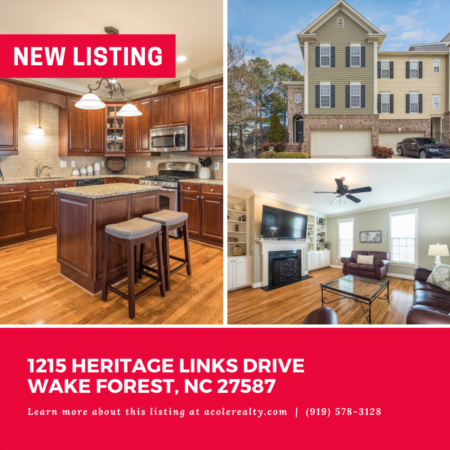 *NEW LISTING* Gorgeous 3 Level End Unit Townhome in the heart of desirable Heritage minutes away from US 1, schools, shopping, and dining. 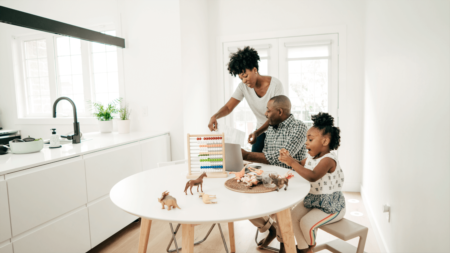 Why Are People Ready to Move?